Skip to main content
School of Community and Regional Planning

An in-depth exploration of Tibetans’ experiences with urban life in the growing city of Xining, the largest city on the Tibetan Plateau.

This talk provides an in-depth exploration of Tibetans’ experiences with urban life in the growing city of Xining, the largest city on the Tibetan Plateau. Andrew Grant shows how Tibetans’ actions to sustain their community challenge China’s civilizing machine: a product of state-led urbanization that works to marginalize ethnic and indigenous groups. Nonetheless, Tibetans engage in urban practices that bolster their individual aspirations and those of a wider Tibetan community.

Drawing from the author’s new book, this talk will highlight homes, neighborhoods, businesses, and media where Tibetans’ assert their cultural identity and modify space to prevent their erasure amid China’s national urban project. The talk pushes back against the notion that China can completely assimilate Tibetans through cities, while also reflecting upon the limits of urban agency in China's increasingly securitized borderlands. 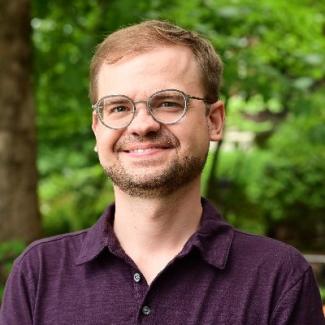 Andrew Grant is a researcher and geographer who studies urban and borderlands geopolitics in Asia. His research projects include studies of rural-to-urban migration amid state-led urbanization on the Tibetan Plateau, complications between soft power and security in China’s Inner Asian borderlands, and the rhetorical use of cartography and satellite imagery in international politics. His book The Concrete Plateau: Urban Tibetans and the Chinese Civilizing Machine was published with Cornell University Press in summer 2022. He is currently a visiting scholar at Boston College.